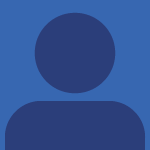 Rahul, a native south Londoner, graduated in medicine from the University of Wales, and progressed his training in obstetrics and gynaecology in the West Midlands and in London.

He completed a research project studying the immunology of human papillomavirus (HPV) infection of the cervix in normal women, those with abnormal cervical smears and with systemic lupus erythematosus at King’s College, London. This resulted in a MD degree.

Preinvasive cervical and vulval disease, and the management of ovarian and endometrial cancer.