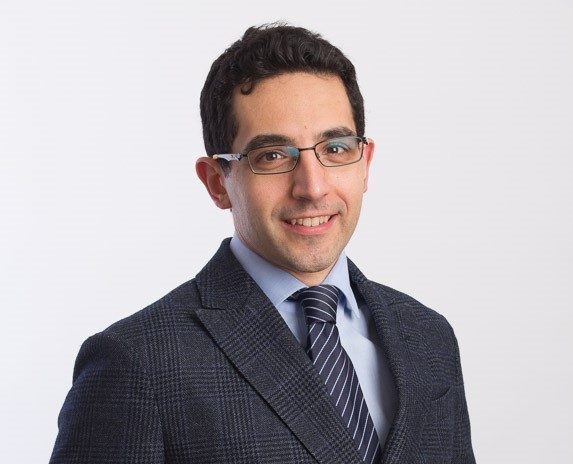 Andrea was appointed as a consultant at the National Institute of Cancer in Milan (in 2012), focussing on surgical treatment of lung cancer, thoracic sarcoma and mediastinal tumours which require complex reconstruction.

He was awarded a PhD in 2015 following a three-year research programme on surgical treatment of mesothelioma. Pursuing his interest in surgical thoracic oncology, he undertook a clinical fellowship at Memorial Sloan Kettering Cancer Center in 2014/15, the highest ranked oncological centre in the US. He was trained in minimally invasive technique for the treatment of thoracic malignancies and advance technique with complex reconstruction for extensive thoracic malignancies.

Andrea is involved in teaching of medical students and since 2016 has held an academic role at King’s College University as Honorary Lecturer in the Cancer division, focusing his research on mesothelioma, chest wall reconstruction and lung cancer.

He has published more than 80 scientific articles and given many presentations at national and international meetings, including the European Thoracic Meeting and the World Conference on Lung Cancer. He is the Associate Editor of the Thoracic section of the Tumori Journal, indexed on PubMed.