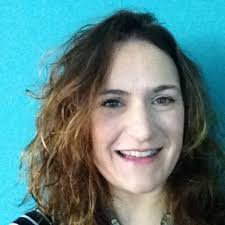 Dr Leila Frodsham is a consultant gynaecologist with a special interest in psychosexual medicine and BMS accredited menopause sub specialist.

As well as working in obstetrics and gynaecology for more than 20 years, Leila Frodsham has dual membership for the Institute of Psychosexual Medicine (IPM). This lends itself to a special interest in not only sexual dysfunction but also intractable pain disorders – vulvodynia and chronic pelvic pain and tocophobia.

Leila’s research was in mother-to-embryo viral transmission in assisted conception (IVF), for which she earned the Promising Young Clinician award from the European Society of Human Reproduction and Embryology (ESHRE) in 2004.

She has worked in ambulatory gynaecology for over 10 years and performs outpatient procedures, including hysteroscopy and scanning. She became an Obstetrics and Gynaecology consultant in 2009 and has won numerous awards for excellent patient care and team working. She was awarded Trainer of the Year by the Royal College of Obstetricians and Gynaecology (RCOG), Health Education Kent, Surrey and Sussex, in 2015. Leila joined Guy’s and St Thomas’ in 2013.