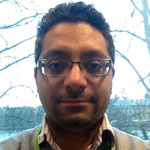 Dr Michael Absoud was appointed as consultant in children’s neurodisability at Evelina London Children’s Hospital in 2012.

He has a major interest in childhood complex neurodevelopmental disorders and co-morbidities in neurogenetic and acquired neurological diseases.